LAST DAY OF THE LONDON OLYMPICS... 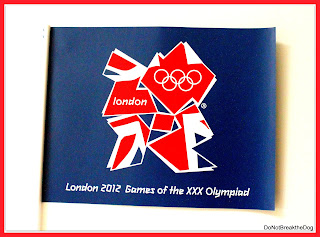 About a hundred years ago, when Mr W rang to tell me he was bidding for tickets for the London Olympics, I told him I was really not bothered about going.   I enjoyed the Asterix book, but otherwise I'm not really interested in the Olympics.


Why am I such an Idiot?


We heard he'd got tickets over a year ago, and I was honestly bemused by the excitement it provoked in the rest of the family. But there you go...whatever rings your bell.

Initially I watched it from behind a cushion.
I'm not usually a Negative Nigel, but I was nervous... 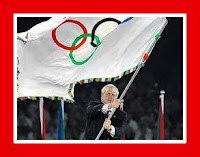 ...who could forget the ever so slightly strange contribution we had made to the closing ceremony at the Beijing Olympics?


But I was transfixed and transported through Danny Boyle's vision of the ages and stages of Britain.
By the end of the Faultless (in my humble opinion, it was) ceremony I felt intensely proud to be British - not in any superior way, not with a feeling of being better than anybody, just proud of what we'd done and what we can do.
I thought the ceremony was Innovative and Brave ... Exactly what we are!   Or, at least, can be.


A bell I didn't even know I had, had been well and truly rung. 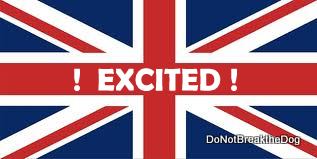 The whole family have been watching all the action on television together - but today The Dog and I have just each other for company as we watch it all unfold on the BBC.
That's been really impressive too - the BBC coverage.  It's been fun, but respectful and informative.  I've spent so much time with them over the last fortnight that I am actually going to MISS the presenters.  I realise how sad that sounds :-)


Mr W  and the 3 kids went off early this morning fully bedecked in their Red, White and Blue.    Team GB t-shirts, temporary tattoos on arms and faces, wristbands and flags.  Daughter has red and blue painted nails and at least two of the kids have red noses - thanks to coming down with rotten colds.

I've been getting regular updates from them by text as they took an Olympic Park and Ride from somewhere in Hertfordshire, and as they arrived at the Olympic Park.  Apparently the helpers have all been incredibly happy and there is a real celebratory atmosphere. 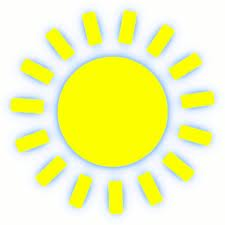 And the weather is great!

So, while I catch up with the laundry and pootle about...
my Family are spending the day watching - and being a part of - History.

How can I not have seen how exciting that is?