Ahoy!  Not sure why I'm channeling Sailor Speak there, but it's a nice sunny day and that kind of larky, jolly greeting seems somehow appropriate.

Soooooo, what's been happening, I hear you ask?  Well, I am able to tell you, adored reader, that I did just over a week ago see one of my actual Heroes in actual Real Life.

Oh yes. I am still basking in the afterglow of the wonderfulness that was seeing...

Mr Derren Brown
IN  THE  FLESH!
Actually I can no longer use that phrase with the abandon I did on the days leading up to my visit to The Theatre to watch Mr B.  It seems I greatly disturbed Daughter Aged 10 with my constant reference to 'the flesh'.


'You keep saying that, mum!  Is it something to do with zombies?!'
Why is everything all about zombies lately?
(Don't worry, we can keep that discussion for another day). 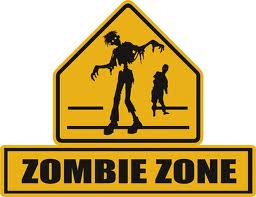 Anyway, Mr W and I saw Derren Brown in his show, 'Infamous' -  and he was entirely everything I expected he would be*...with one small exception:
In my wild imaginings, you see, he selected me from the audience, used me as a volunteer and later - so enchanted was he by my ready wit and compassionate nature - sent a minion to get my postal address so that we might become penpals; starting a correspondence that would last deep into our dotage...
But in fact none of this happened.
Luckily this didn't affect my enjoyment of the show :)
But I just couldn't shake off the whole Penpals Into Our Dotage thing.
So I wrote to him at his next scheduled stop on his tour.
Yes I did just say I wrote to him.
I know.  I am Forty Five years old.  There is surely an age limit, isn't there? A time at which one should really resist the temptation to write to one's idols.  I tried to stop myself, I really did.  It's just the bit of me that had the most compelling argument was the one that also made reference to my age:
'You're Forty Five, for heaven's sake,' it said.  'Just bloody well write a letter, in which you will no doubt embarrass yourself, and be done with it.  The kids will find it funny...'
So I wrote it, and I posted it.  And...
I was a bit embarrassed.
Also I didn't mention the whole penpals thing.  I just rambled and bimbled on and on instead. 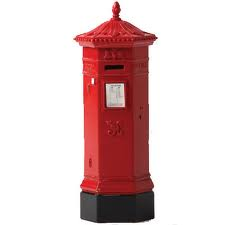 Strange to relate, on a not unrelated subject (entirely related actually, why do I keep saying 'relate'??) I had a peculiar dream not long after our Infamous evening.
I was the subject of one of DB's television shows - only I didn't know it, because that's the whole point.  (This must be so confusing if you have no experience of DB's work).
A-n-y-w-a-y, there were weird goings on in and old fashioned train, and trances and tricks and things and then he came into the carriage and explained that my trance hadn't worked properly so we were going to abandon the plan and do something else instead.  Then he did the thing he often does, which is something distracting and/or dramatic happens and he uses that moment to bung you back into a trance.  This he did and all the while I was thinking, 'Oh No!  I'm not properly trancing!'
And then he touched my eyelid with his thumb and I felt myself sinking really, really quickly and deeply into a state of total (I kept control of my bodily functions, fear not) and deep relaxation.
(I know; it's crap listening to other people's dreams)
But, even now - when I am feeling a bit frazzled or tense - I apply the same sort of pressure to my eyelid - and what do you think happens?
I dislodge my contact lens and smudge my eye make up.
But at least I think of Derren.  And, as I always say,
'Everyone should find a space in their day to think about Derren Brown'.
Actually I've never said that.  But I might now. 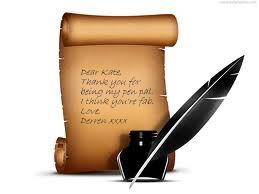 *If you are not familiar with the Wizard's Work you can check it out here.
I can't give you more details about the show - we all promised we wouldn't tell.  Soz.
﻿
Posted by Do Not Break The Dog at 15:41