Okay, so that was yesterday , but I thought it made for an exciting opener.
Not that any thought was given to ill-fortune in this house anyway - because Friday 13th was the day one of my favourite people got married.

Despite gloomy forecasts the weather was beautiful and we got to the venue in Woodstock, Oxfordshire in good time to catch them coming out after the ceremony.
While we were waiting I took the opportunity to line up a few shots with my new (birthday present) camera.
Gradually more well-wishers* arrived to join us and we all stood, staring fixedly at the mighty double-doors, as the time the happy couple would emerge grew ever closer.

Then it struck me.

What if those doors aren't the ones they'll come through?

Which would be preposterous really, because they open onto a larged paved area ('Piazza', I suppose it might be called if we were in Venice, but since we are not it's called 'a large paved area') and a view of a charming and ancient Cotswold town.

But panic is as panic does (?) and in my panic - I panicked.

I was not familiar with the interior of the Town Hall but I fancied that the double doors opened onto a chequerboard tiled hallway, wherein I would encounter the chill and slight gloom associated with old municipal buildings.
The hallway, I imagined, widened as it led to a sweeping carpeted staircase with a carved bannister rubbed to a deep shine by centuries of hands sliding up and down them.
Upstairs, where presumably the official ceremonies took place, were large, airy rooms adorned by vast chandeliers and fitted with deep, luxuriant carpets of beige (or 'oatmeal' if you prefer).

But let us return, down the stairs, back to those ancient oaken double-doors (fashioned, presumably, from a mighty tree felled in the nearby Blenheim grounds).

Here, I expected to find a kiosk, manned by a gentleman in navy blue uniform, a peaked cap atop his head.  This gentleman would smile benignly (as he had to countless members of the public since about 1887) and confirm that the happy couple would, indeed, decamp from the double doors in question.

I would thank him sweetly, bob a neat curtsey, and return with reassurances to the gathering throng of onlookers.

So, with all this in mind, I strode over to the big, old doors with the air of a person who truly believes they may just be the hero of the moment.  That the situation is safe in their hands and that they will 'sort it out'.

One of the doors was slightly ajar so I pushed it open and . . .

. . .  onto the MARRIAGE CEREMONY IN FULL SWING!

(Why hadn't it been properly shut?  Locked even?  With someone manning it to ensure no unwanted entrances?  A crowd of cagouled holiday-makers could easily have blundered in.)

I closed the door quickly, and scuttled back to the safety of the crowd as fast as my legs would carry me - with the air very much of a person who is about to be sick with embarrassment.
(And legs, I might add,  which were clad in blue tights not black, as I had thought, to match my dress.  That's all thanks to those silly arse weak as water eco-bulbs we have to have everywhere these days). 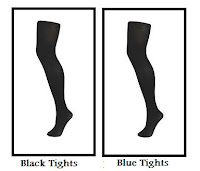 But all was forgotten when the newlyweds stepped out.  They looked radiant, happy and beautiful.

There's a feeling at weddings somehow of waiting for a moment in time.  Like the world slows down so we can all stop,  and take a breath, and think about how really lovely love is.


The wedding party pootled off to the reception, and Best Beloved,  Kids Nos. 2 & 3 and I went for a pub lunch before going home to walk the dog - ever so grateful that we didn't have to spend the next few hours holding our tummies in, or walking in shoes that our feet weren't used to.

Ah, weddings - I do love' em.
So jolly, with their excitement, special clothes, new shoes and hair-dos.

And there's a lot to be said for long partnerships and growing families, too.
So jolly, with their excitement, comfy clothes and shoes, and the less said about hair-dos the better.

I know the Happy Couple had a lovely day  -  and we did too.

And it was really lovely that - for a moment - our two days came together.


* I have subsequently discovered that the Groom referred to us all as 'stalkers'.
He's probably right.