NOT THE MOST SUCCESSFUL WALK EVER... 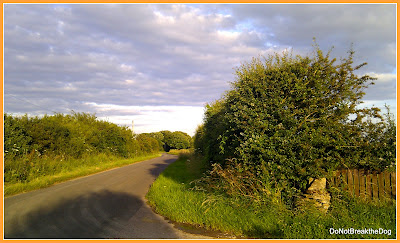 I have lived in Ruralish-shire for longer than I've lived anywhere else.

Unless you count the 6 months I spent as a Redcoat at Butlin's Bognor Regis (oh the heights to which I've climbed...) I have actually only ever lived in two places.  Here in Ruralish-shire, and also the town where I was born and grew up - Romford.
This, my friends, is variously described as being in Greater London, Essex or, more baffling (to me at least), the East End of London.  I give you this information to highlight the fact that I am basically a Townie.

You might think that 24 years spent in the countryside would bring out the Wood Sprite in me, but no.  I'm still bothered being in a field I can see no end to - and absolutely terrified of livestock.  (And I include bugs, insects and some plants in that category).

All this may go some way to explain the following...


Our Not Very Successful Walk. Or How I Excel at being a Townie Living in the Countryside


We (Mr W, Kids Nos. 2 & 3, The Dog and I)  drive to our favourite walk spot.  I notice the next field is Jam-Packed full of cows.  Root myself firmly to the spot.
Mr W is uncommonly happy to Abandon Route.  (Normally he tries to convince me not to be such a woosie).

Turns out he'd seen this...

Attempt different walk, following footpath signs.  Kids and Dog happily bound off.   Mr W and I skid down the sloping 4-inch wide 'path', which is nothing short of a quagmire surrounded by overgrown brambles, and worse - Butterflies.

I am wearing White Plimsolls.


Abandon ridiculous route and retrace steps.  Kids alternate between disappointment in me for being pathetic and laughing uproariously at the amount of times they slip over in the mud. 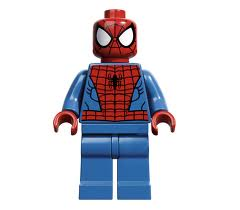 Drive around picturesque Cotswold villages, sigh wistfully at beautiful houses and muse that only the people with cars too big to fit in these teeny winding lanes can afford to live here.

Continue to drive - Mr W on the lookout for more of those infernal Footpath signs.

Car is parked on the verge.  Front wheel promptly sinks deep into it.


Donning Resourceful Head, I grab some flattened cardboard boxes from the back of the car, and place them behind stuck wheel.
Put car into Reverse Gear and imagine the accolades as the car glides back up onto the flat.

Ask ourselves if Breakdown insurance covers This Kind of Situation and decide to ring our Insurers.  We don't have their details, so ring Directory Enquiries to text us the number.

Play the Glad Game while we wait.
Glad it's not raining, Glad it's light, Glad No2 Son is happy to give his little sister his hoody as she came out inadequately dressed for 'summer'...

Decide to call our Friend With Van (previously known as our Friend who Saved us from Disaster when we fitted a new shower and drilled into a water pipe) to see if he can help.

Mr W investigates the Footpath and discovers it hasn't been a footpath for some time.  It now appears to be someone's garden.
We also spot what looks like an intimate part of a Badger's anatomy on the path. 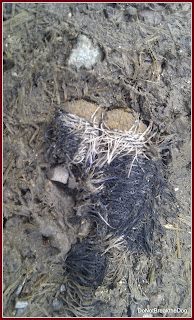 Moments later, over the horizon comes Friend With Van... 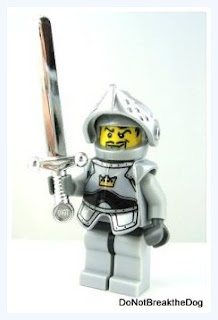 ...complete with tow strap and neat line in Sarcastic Comments.


Thanks entirely to him, we are free in a trice and on our merry way home.

Over the Two and a Half Hours we were out we managed to walk for about 15 minutes.  Tops.