IT AIN'T OVER TIL THE FAT LION SINGS...

I have just eaten a slice of toast and marmalade and am the right side of a Hot Chocolate with Marshmallows (pink and white) even though I was neither hungry nor thirsty
I am a comfort eater.
This is not news to me. 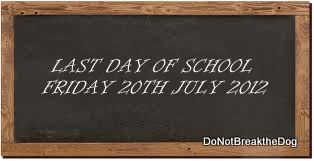 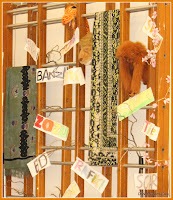 We had the Leaver's Production earlier in the week - a surprisingly marvellous version of The Lion King. (I was expecting borderline dreadful, but it was really good).

And today was the Last Ever Assembly for this year's Year Sixes.

There are no two ways about it - it's sad.

The Prize Giving was jolly, and Daughter (Child No.3) got in on the act when she was presented with her 100% Attendance Certificate.
Impressive, non?  That's two years on the bounce as well.  (Heaven knows what maladies she's spread around with her dogged determination to go into school.  I kid - she's a healthy specimen).

But back to the Leavers...

Adorably, their Class Teacher had made Certificates for them all, and they were each presented with them individually, accompanied by a lusty round of applause.
The awards ranged from 'Class Linguist' (awarded to the child who apparently always asks if he can write his work in Elvish) and 'Politician of the Future', to 'Loveable Rogue' and 'Quietly Comic'.


Our own dear boy was presented with, 'The Voice of Reason'.
I'm fair bursting with pride.

One of the mum's - a talented photographer - has over the years been Official Unofficial Photographer for the Class.  She had spent heaven knows how many hours producing an Entirely Fabulous Yearbook and DVD for them all. 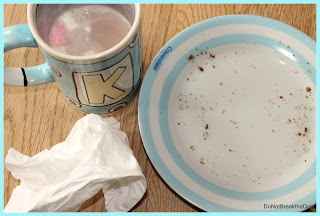 The Head Teacher made a very moving speech about the Class of 2012, and I fought off the tears with some Judicious Lip-Biting and thinking about The Mechanics of Seatbelts.
(I don't know how I stumbled on that method, but it works...mostly).

Still, the whole family knows I'm a cryer.  For sport they regularly describe the weepy parts in films - like the bit in 'The Return of the King' when everyone bows to the Hobbits - just to set me off.

But on the way to school this morning, I promised No.2 Son I'd get a hold of myself,
"Just as long as you don't sing anything from the Lion King...That would really finish me off".

I took my seat in the audience (front row, middle - I don't mind queueing early) while Certificates, Shields, Badges and Yearbooks were handed out - and totally held it together.


And then they went and sang "The Circle of Life".

And I have to do it all again in a couple of years' time...