Or...What I learnt about my Daughter

After dinner, while still sitting around the table, I decided it would be nice to play a game together.  Mindful of the long summer holiday which has been filled with way too much computer game time, I wanted to think of something that would encourage our three children to perhaps use their brains a little.

Baby Steps first though, I thought  (also, this was the best I could come up with.  Perhaps someone else needs to challenge their brain a little, hmm?) - and with an enthusiasm in my voice usually reserved for chocolate/mallow-based snacks, I said...

Sensing a reluctance to commit 100% to my idea, I issued warnings re financial penalties for non-playment.
This seemed to help.  And so we began...

Trying to get No.2 Son on-side, we said he could go first - and Mr W stuck a sticky-note-thingy on the boy's forehead with 'New York' written on it.

The idea is to go around the table, each one of us giving a clue as to sticky-note-thingy wearer's identity.  For example, 'You are a city', or 'You are in America' -  and the quicker it is guessed...well, that's it really...just until it is guessed.  Then we move on to the next person.

So, No.2 Son turns expectantly to his 9 year old sister.

'You have Very Bright Lights in Dark Times,' she said - an almost mystical edge to her voice.

Mr W and I looked at each other, two minds with the same thought.  What a wonderful way with words our marvellous Daughter has!

'Gosh, No.3,' we said, 'that was lovely'.
And she smiled her innocent little smile.

It was Mr W's turn next, and Daughter was given the task of writing who he was to be and sticking it on his forehead.

While she wrote, her father and I were still bathing in the warm glow of pride in our deep and poetic Daughter... 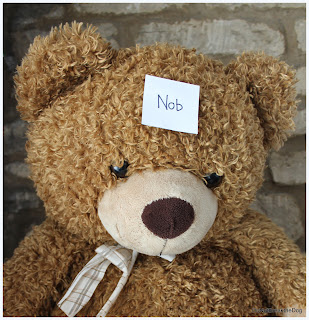 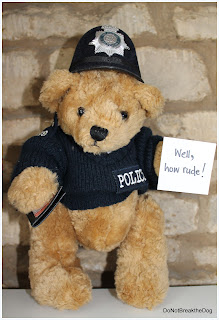 Anyone got any ideas for games that can get kids' brains working without the opportunity for gross insubordination? 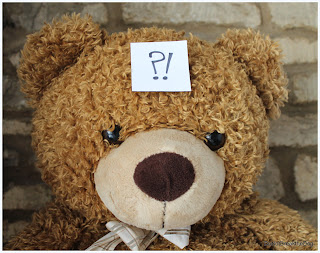