Or...The Trouble with Cooking with Kids

(I am of course referring to the act of cooking alongside children.  Not using them as an ingredient). 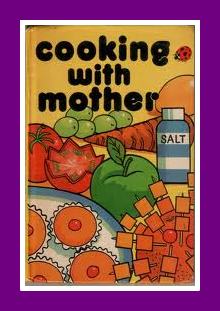 Nothing can be finer, can it, than spending time cooking with your kids?

I am quite sure there are about a gerzillion parents who adore cooking with their offspring.

I am not one of them.

In the heady days of Summer Last I made the mistake of declaring in public that I would teach each of my children to cook.  I can laugh now...

You see, the Trouble with Cooking with Kids is that they get bored  so easily.

As is evident by this tray of meatballs (that Daughter Aged 9 was so desperate to make).


I made 28 of them.  I think you can probably tell which one's hers.
After dumping her Monster Meatie on the baking sheet, she then abandoned ship entirely and played in her room until dinner was ready.
She was happy to accept all the accolades though.  She's not daft.
My memory is clearly not what it should be, because when she suggested we make some Chocolate Mallow Biscuits together, I agreed without reservation.  (Regular readers may be familiar with my penchant for the Choco-Mallo-Snacko. I talk about them here too. I think this partiality may have had something to do with my desperation keenness to get started.)
So we gathered the required ingredients, as listed on the back of a Fiddes Payne Mini-Marshmallows pack.  (I had all of them to hand, which is probably very telling). 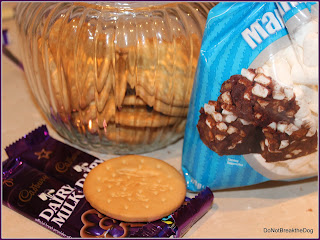 ﻿
We avoided eating too much of the chocolate before it got as far as the biscuits, as supplies were fairly depleted.


Chocolate and the Mini-Mallows were bunged on the biscuits... 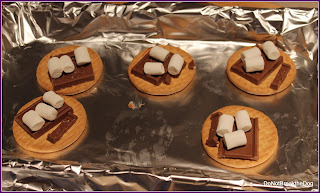 ...And then placed under a warmish grill.﻿ 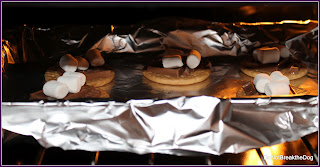 When the Chocolate and Mallows were melted, we whipped them out, squished the other biscuits on the top and ... Voila!
﻿ 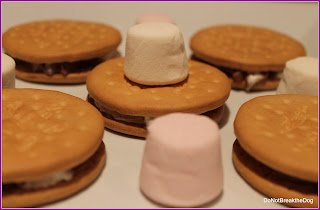 Stunning, no?  Do not fear, the heat of the grill has not shrunk all the ingredients (like the empty crisp bags we used to bubble under the grill until they were about 1/8 of their usual size.  Anyone else remember that?  We used to make 'eyecatching' necklaces by threading them on wool. No?  Just me then).
Indeed no, they have not been Heat-Shrunk -  just rather beautifully presented with a garnish of Regular Marshmallows.
﻿

And for the Close-Up Inclined - here is a close-up!
Can't help feeling it looks fairly menacing.
So, why, I hear you cry, is it such a problem Cooking with Kids?
Well, here's what happened to the next batch...
﻿ 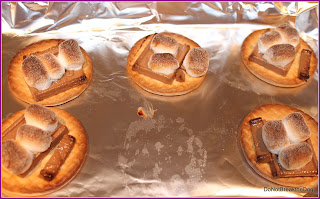 I was so busy faffing around taking photos for my Blog that the buggers burnt .

That's the trouble with cooking with kids.
They don't bloomin' supervise the adults properly.﻿