GHOULIES AND GHOSTIES AND LONG-LEGGED BEASTIES... 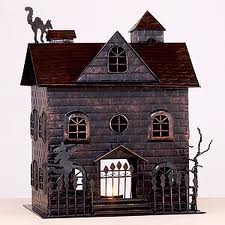 Okay, so it's not actually Hallowe'en yet.  But that doesn't mean I'm not preparing for it.  Because I am.
In fact, I usually prepare for Hallowe'en from around November 1st. 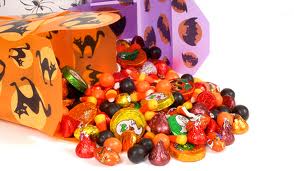 How much I love Hallowe'en is possibly immeasurable, although I'm not really into Trick or Treat (or 'Trickle Treat' as a child I used to listen to read would have it).  I like the idea of it - especially for people who live in Richard Curtis films - I just don't relish me or my kids tramping round our streets knocking on doors for sweets that my suspicious nature prevents me from letting them eat.  If it's not Hermetically Sealed and/or Tamper Proof - I'm afraid it goes binward.

No, I'm much more about it being our Family Thing.  Just us five and the Underworld.
Decorations and themed food and films are the order of the day in our house.

Nowadays we are not alone in our decorating frenzy, I'm thrilled to say.  Although I fancy we were a wee bit ahead of our time way back in the late Seventies when we'd have to fashion all decorations ourselves to bedeck the walls of our pre-war Semi in Romford.

This year Hallowe'en falls slap bang in the middle of Half-Term, so all can join in the general merriment.  Icing cakes and biscuits, carving pumpkins, stringing up ghoulish lights and trailing cobwebs.


It is almost too much.  I'm not sure I can contain myself for the next 12 days.

Since the kids have been old enough to deal with the psychological trauma, Mr W and I have organised a Hallowe'en Treasure Hunt for them.  I'm not sure who has the most fun.  No I am sure.  It's me. 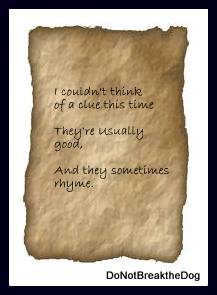 We write cryptic clues on paper we've stained and burnt to look old, and then the kids set off around the pitch-black (save for the odd Jack O'Lantern) house and garden armed with just a small torch.  We lie in wait, ready to terrify the bejeeeeezus out of them by grabbing limbs or leaping out from under tables.
This is why I had kids!

At the end of the Hunt, of course, lies the booty.  Hallowe'en themed sweets in quantities great enough to silence any further complaints that, once again, we haven't let them go Trick or Treating.


It may not surprise you to hear that one of my Most Precious Memories Ever revolves around Hallowe'en. 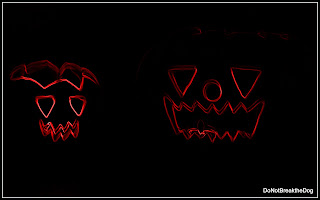 A couple of years ago, when the sticky treats of Hallowe'en had been hunted down, we all sat around the kitchen table while the kids looked through their haul.  I was listening to Daughter then aged about 7, but was vaguely aware of the boys discussing their sweets with Mr W.


Anyway, this is what I heard out of the corner of my ear.

No. 1 Son: ...and a chocolate pumpkin and some ghost marshmallows.

Mr. W: (Only slightly distracted by No.2 Son also listing his sweets)  Cool.

To which my beloved husband gave the unbelievable response... 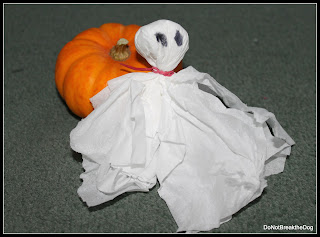 At this point my brain kicked in.

Me:  Woah!  That's Bubble Liquid!  What kind of parent - when they don't know what something is - suggests their child EATS it?!?

Which Mr W immediately countered with...


I have not laughed so hard since my Daughter said her Substitute Teacher had told the class that 'Bollocks' wasn't a swear word.


p.s. For the Spooky Doodle/Colouring Inclined, here is a link to my brother's website - where he has thoughtfully provided some Hallowe'en Themed Free Printables for everyone's delight.  Although possibly mostly for the School-Aged among us.