Petrol Station Etiquette?  Familiar with this?  I thought I was.

I guess we are all up to speed with the General Rules.
It is for Safety Reasons, for example, that mobile phones and car engines should be switched off.
Ditto the whole Not Smoking thing.
It is General Good Manners that we don't bimble around the shop for half an hour if there is a queue a mile long waiting for fuel due to an erstwhile petrol shortage.
Unless I am missing something, I thought that was about it.
You park your car, you fill it up with fuel, and you pay.

Apparently I am wrong. 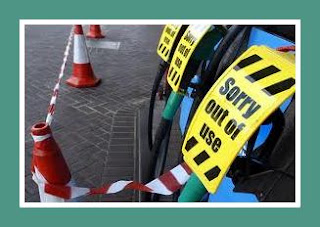 On Wednesday this week I spent many happy      moments on an extremely crowed Petrol Station Forecourt.  Earlier in the day there there had been No Fuel, although a delivery was expected later.

Now it seemed the world and his dog had come back at the same time to fill up.

Finding myself all but trapped between a ruddy great tanker (and here I am referring to a road tanker as opposed to a sea-going vessel or oversized marble) and about a million other impatient drivers, I had to think quick.

I spotted a free Pump - but it was on the wrong side for my Petrol Cap.  So I deftly manoeuvered my car around to get the Cap closer to the Pump.  Ta-da!

I filled up, and then Daughter Aged 9 and I made our way to the bank of tills (or cash registers as my children prefer to call them, thanks to a diet of American TV programmes.  They would also insist we were in a Gas Station. Bless.)


Several tills became free at the same time and I walked towards one saying, rather jauntily, 'Oooh I can choose!' with a Winning Smile playing about my lips.  I've had trouble with my Smile before and may have to consider dumping it altogether - and indeed this time the young man at my Till of Choice remained resolutely stony faced.

He spoke not a word as I said, 'Pump No.1 please', still retaining that jaunt to my voice although now abandoning any attempt at a Winning Smile.  Still not a word.

Then a Young Woman Behind the Tills, staring out of the window onto the forecourt, exclaimed in an exaggeratedly exasperated fashion,
'Someone's done it again!  Parked facing the wrong way!' 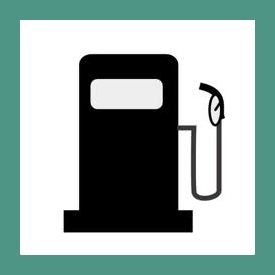 At which point my hitherto unresponsive Till of Choice person sprung into life.  I say 'life' - his face remained set in an expression of distaste but it did at least start to talk.

'You are not allowed to park that way', he said in a tone that managed to convey that I darn well knew I shouldn't, so what the hell did I think I was playing at?

By now Young Woman Behind the Tills had given up staring out of the window and was now staring at me, her eyes flashing with indignation.

'Well I never,' I said, trying against all reason to lighten this oppressive atmosphere, 'I had no idea'.

'If you park like that,' he continued, icicles dripping from every word, 'our cameras can't read your number plate and you could drive off without paying.'

Dumbstruck, I waited for what was surely the inevitable, 'I won't, however, be ringing your parents on this occasion...'

I was then entirely baffled when he said,

'We're not supposed to serve you if you've parked the wrong way'.

Firstly - Hows about some sort of clue as to how you'd like us to park?  Perhaps a sign requesting our cars face the appropriate way?  That shouldn't be too hard to organise, should it?

Secondly - I am clearly not your target audience since I am not trying to befuddle your cameras so I can drive off without paying.  I am standing here proffering my payment card.

Thirdly - How, pray, can you complain that payment for fuel is not being made if you are then going to refuse payment?


I might find myself compelled to write a letter to Head Office. 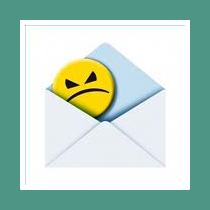 I am sad to say the whole sorry episode opened up an old, old wound.

I was taken right back to September 1979 and my First Day of Senior School.  School didn't start until the afternoon and I was invited to Julie Morris' house for lunch (with her entire family as it turned out) and then we would walk to school together. 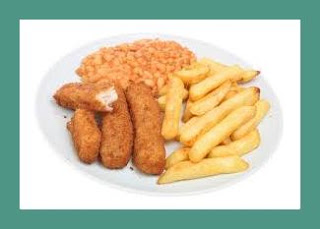 Fish Fingers and chips were on the menu - salt, pepper and tomato ketchup were on the table.  Mid-meal I decided I would like some ketchup. As I released a dollop onto my plate I was aware of a definite frosty quality to the atmosphere.  Cutlery froze in mid-air as the Morris Family gaped, horrified, at me.

'We're not allowed to do that in my house,' admonished Julie M.

Just like I was after your little lecture, Mr Till Man.    Be ashamed.

But at least, thanks to his kind advice, I now know how to steal petrol effectively from that particular Petrol Station :-) 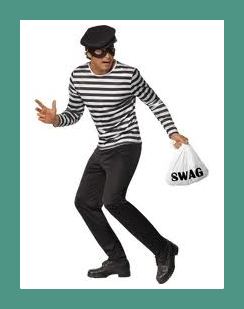