CHRISTMAS CRAFT MARKET AND OTHERS THINGS ...

I am sure I am not alone, but at the moment I am entirely Beneath my list of Things To Do.
On Top Of is something I can only dream about.

I am half way through about a mazillion jobs - including Putting Up the Christmas Decs.  A job I love and usually apply myself diligently to until it is done.   We have already bought and erected our tree - which is somewhat broader in the beam than we realised.  We were well on the way to owning the world's first Spherical Nordmann Fir until some judicious prunage gave us a little more leg room in the lounge.  (I never call it a 'lounge' usually, but 'Living Room' after 'Leg Room' seemed like I was saying 'room' too much.  Something I would never do.)

Anway, Mr W and No.2 Son decked the tree with lights and tinsel, and we all Human Chained* the 15 (yes, I know) boxes and bags of decorations downstairs from the loft and dumped them in the Living Room.
They are all still there.

I sat down earlier to eat my lunch (bacon roll and salad, since you ask) and thought I might watch some of the Made in Chelsea episode I recorded last night.  Nothing doing.  Telly stayed resolutely off and Remote Control was totally ineffective. Took me half a bacon roll to realise the pile of decorations was blocking the signal.


I am usually (unless I kid myself, which shouldn't be ruled out) a little better organised in December.  This year, however, I have been busily sanding and painting Christmas Decorations to sell at a Christmas Craft Market next Saturday.  It's amazing how much time it's taken.  I have new respect for Santa's elven helpers.

In my wisdom, I also decided to enter a Bedtime Story competition on Mumsnet.  I saw the competition ages ago, but still I was frantically writing on deadline day - 30 November.  I did it though, and you never know ... I might get shortlisted.

I felt the omens were good -
I had, earlier that day gone to buy a Christmas present on behalf of someone else and, not only was the price reduced by 25%, for some reason another £4 was taken off the bill too!  A present for the intended recipient and for the giver also. How especially lovely.

Then on the drive home I was thankfully only partially blinded by the sunlight reflecting off the wet road.  I say 'thankfully' because hurtling down the road towards me, and I do me right at me, was a flippin' muntjac**.    Glance in the Rear View Mirror, Emergency Brake, Brace for Impact, Eyes Tight Shut, Girly Scream and .....
... it ran past me and onto the relative safety of the pavement.

So I figured the angels were looking after me (and the muntjac) that day - and I hope it bodes well for my Bedtime Story. 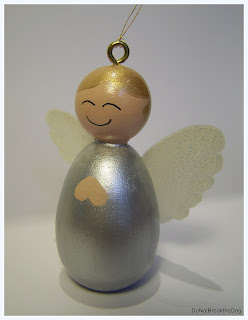 And that's it really.  For now at least.
I have a very exciting looking letter from an old school friend begging for my attention - and it would be rude to keep it waiting any longer.

*An invention of Mr W -  not the human chain thing obviously but the singing of 'Human Chain' in a terrifying falsetto voice to the A-Team theme tune.  The kids will do any job, however long it takes, if he's singing this.  Works every time.
** Mr W told me what they were called.  He knows these things. I thought they were Tiny Deer. I am a townie.
Posted by Do Not Break The Dog at 14:28