...I'm always forgetting where I parked the car too!*


Frankly I'm amazed more isn't being made of it.

One of our English Kings - the last of the Plantagenets no less (which, incidentally is one of my favourite words.  Right up there with 'mantlepiece') - has been languishing in a Leicester car park for years.

For 'tis true.  The bones were DNA tested and have 'proved beyond reasonable doubt' to be those of King Richard III.

Now my knowledge of this particular monarch is sketchy (my knowledge of most particular monarchs is sketchy) and I believe much of what we hold to be true about KR3 is thanks almost entirely to Mr William Shakespeare's portrayal of him as a hunchbacked villain.  That and the unfortunate use of his name in Rhyming Slang to describe the result of a bodily function . . .

I demanded answers from my family this morning over our Weetabix and Melon-Medley (sounds fancier than it is - I cut some melon into chunks and bunged it in a plastic pot.  A blue one.  Jaunty). 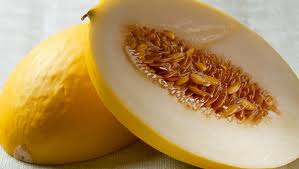 Why are there no plans for a Pageant of sorts?  A State Funeral? Perhaps a Day Off For Everyone?
What usually happens for a Monarch's funeral?  Some sort of Pomp is called for, surely?

'A King of Our Realm', I cried, 'a Man of Historic Note!  I fancy Golden Coaches, a State Landau or two and Trumpeters in Heraldic Tunics should be wielded as he is re-interred.'

And what did Family say?

Except for Daughter Aged 9 who, as she speared another hunk of Honeydew, said, 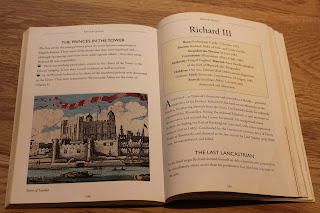 And here is a Spookily Strange But True Thing ... I retreived our 'Collins Keys Kings & Queens - The Essential Reference Guide to the Monarchs of Great Britain and Ireland' from the shelf and IT FELL OPEN AT THE PAGE HEADED RICHARD III!

I will share some Enlightening Info from said tome with you here.  You see if I don't.**


It goes on to tell us that "staring defeat in the face at Bosworth he refused to flee, declaring, 'I will die King of England'".


And finally, "During the Reformation, Richard's bones were dug up and thrown into the River Soar".


**Not sure how up-to-date this information is. The page with the publication date was removed when the local library bunged it in their discard pile. Probably very telling. It does have colour pictures though...


I have subsequently discovered this - which seems a much more sensible account than mine.

Also this if you'd prefer some actual facts, rather than my mad supposing.