Aaaah, the end of another Half Term Holiday (although I do believe they are no longer called that - but I'm bejiggered if I can keep up with the new term numbers) and, having spent a week rising at my comparative leisure and remaining pyjama-clad until after nine o'clock, I found myself assuming my regular position at the kitchen counter prepping the kiddies' lunches.

It was all going rather smoothly, until I asked Child No.2 to find his water bottle. 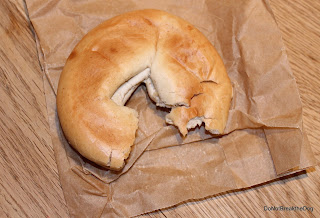 Doesn't look too bad, but it had languished in his bag for over a week and I can confirm it was nigh-on fossilised. 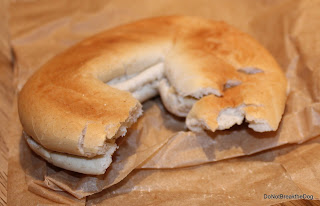 I'm a morning person, and fairly mellow as a rule, so I felt an Indulgent Look and a Gentle Word about taking more care to clear things out was all that was needed. 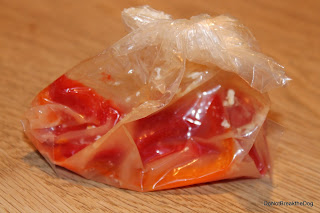 And this, dear reader, was once .... A Bag of Sliced Peppers.

It is now a bag of violently-coloured fetid liquid.  With White Stuff growing on it. 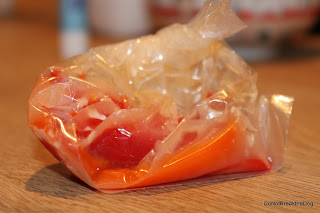 I will not re-live my reaction to this particular discovery.
Suffice to say the time for Indulgent Looks and Gentle Words had long passed.
Posted by Do Not Break The Dog at 20:53