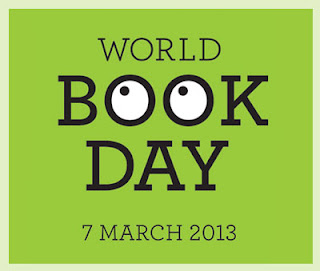 I wonder, actually, if this is - as the name would suggest - a Global Thing?  Are there parents World - Wide stressing themselves sweaty wondering how on earth they are going to fashion a Book Character Costume for their Beloved Offspring?

I know many people hate and despise World Book Day.  I was listening to one woman complaining about it yesterday morning in the supermarket - but she was also banging on about her 'fat feet' and 'this awful weather', so maybe she was just having an off-day.
I actually quite like Book Day, I love seeing the kiddies racing around the playground in their costumes - and it does seem to get them talking about books...for a bit, at least.

Please be reassured that I am no stranger to WBD Stress myself - especially when three different costumes are called for and the clock is tick-ticking away.  I am lucky that I'm quite creative; but a seamstress I am not - and miracles I definitely don't do.  However, I'm not afraid to blow the dust off my sewing machine and give a home-made jerkin a bash if the role calls for it, as it were. 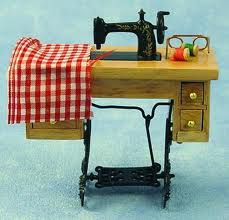 In recent years I have attempted to deploy what I fancifully think of as my Derren Brown Type Methods.  I spot an article we already own - for example a Long White Beard (I have no idea when or why it came into the house but I am sure the blame can be left squarely with me) or a Witches Hat...and then I Plant Suggestions in their receptive little minds.

Being sprightly of thought, the Offspring will often have ideas of their own.  These are simply dealt with by me saying, 'Ooh that's a good idea! Or....you could go as Gandalf as we have a long white beard and I just spent ages covering this witches hat with blue felt.'


Since my kids have been involved in WBD for the last 10 years we have collected a few basics which I am able to wheel out time and again.
A white tunic made out of an old sheet for a ghost costume has done service as an Ancient Greek Lady's dress and a Viking undergarment, as well as tunics for a Greek Soldier, a Roman Soldier and Getafix the Druid.*

* Small problem with the Getafix costume : It seems that Asterix books are undiscovered treasures around these parts because Child No.2, already peeved at having to wear a long dress, then had to spend the entire day explaining that no, he hadn't come as God.
I'm intrigued to know what anyone thought God was carrying a sickle for ...

In the past, I may have applied myself to The Book Day Rules a little too stringently.  It seems I am Almost Completely Programmed To Obey.  This is something that worries me for all sorts of reasons and I do, therefore, try to break rules every now and then -with mixed results.  It's okay, for example, to tweak an ingredient when making a risotto - but not such a good idea to drive the wrong way up a dual carriageway. (I'm kidding, I haven't done that.  Not deliberately.  No really I haven't done it.)

So, where was I?  Oh yes, Rules.  As I understood it, the children were to dress as characters from books they had read, and so I would insist to my three that this should be applied to their costume 'choice'.
Imagine my horror when I overheard people in the playground admitting they hadn't even heard of the character their child was dressed up as until they Googled it!
Aghast, I can tell you.  Aghast.

But of course my dogged adherence to The Rules was entirely misguided.  We're all busy people, often without enough time to sort out regular stuff let alone costumes for multiple children.  And not everyone has a creative bone - I have a very dear friend whose artistic talent starts and finishes with being able to draw A Tent. 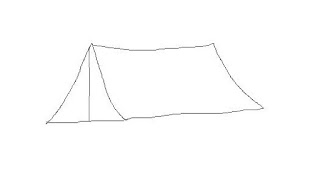 It finally dawned on me ... Books, World Book Day ... Relaaaaaax.  They're meant to be fun.

So World Book Day 2013 dawned, and Daughter Aged 10 donned her 'One of the Twins from Journey to the River Sea' costume and we drove, through the rain, to school.  I was smugly congratulating myself and my daughter on a WBD Without Stress as I parked the car ... until we watched - with increasingly alarm - as countless children alighted their vehicles either dressed in their school uniform, or so well-covered by their coats that it was impossible to tell what they were wearing underneath.

"Are you sure it's dressing up day today?" he asked.  "Only I've just heard Tony Robinson on the radio and they said they were talking to him 'ahead of World Book Day'.  It's not tomorrow, is it?"

(What is the word for that burning, sick feeling you get simultaneously in the back of your throat and the top of your stomach?)

Then, Bless Their Sweet Little Hearts, a whole bunch of children trotted down the road in their football kits, princess dresses and Hobbit cloaks - so we heaved a sigh of relief and my own little Character jumped out to join them.

So I fancy that, however much you prepare, however many times you check you have the right date, and however chillled you think you may be ... until you see someone else's child in their dressing-up clothes  - there is no such thing as a World Book Day without stress.