Q: What two things will guarantee dark skies and rain storms?
A:  Me hanging out my washing and/or deciding to write a post related to sunshine and warm days.

So I am abandoning my intended post about warmness and brightness and general sun-ness and will instead share something from this (early) morning's walk with M'Faithful Hound.

It was not raining and The Dog was in fairly fine fettle - having just finished a course of steroids to deal with her IMPA  -  see The Dog (Don't Break It).  (Which reminds me, I really must update Witch's story). (Enough with the brackets).


So I am out with The Hound and we walked past a small house with an even smaller flowerbed at the front, no garden wall, and this sign in the window... 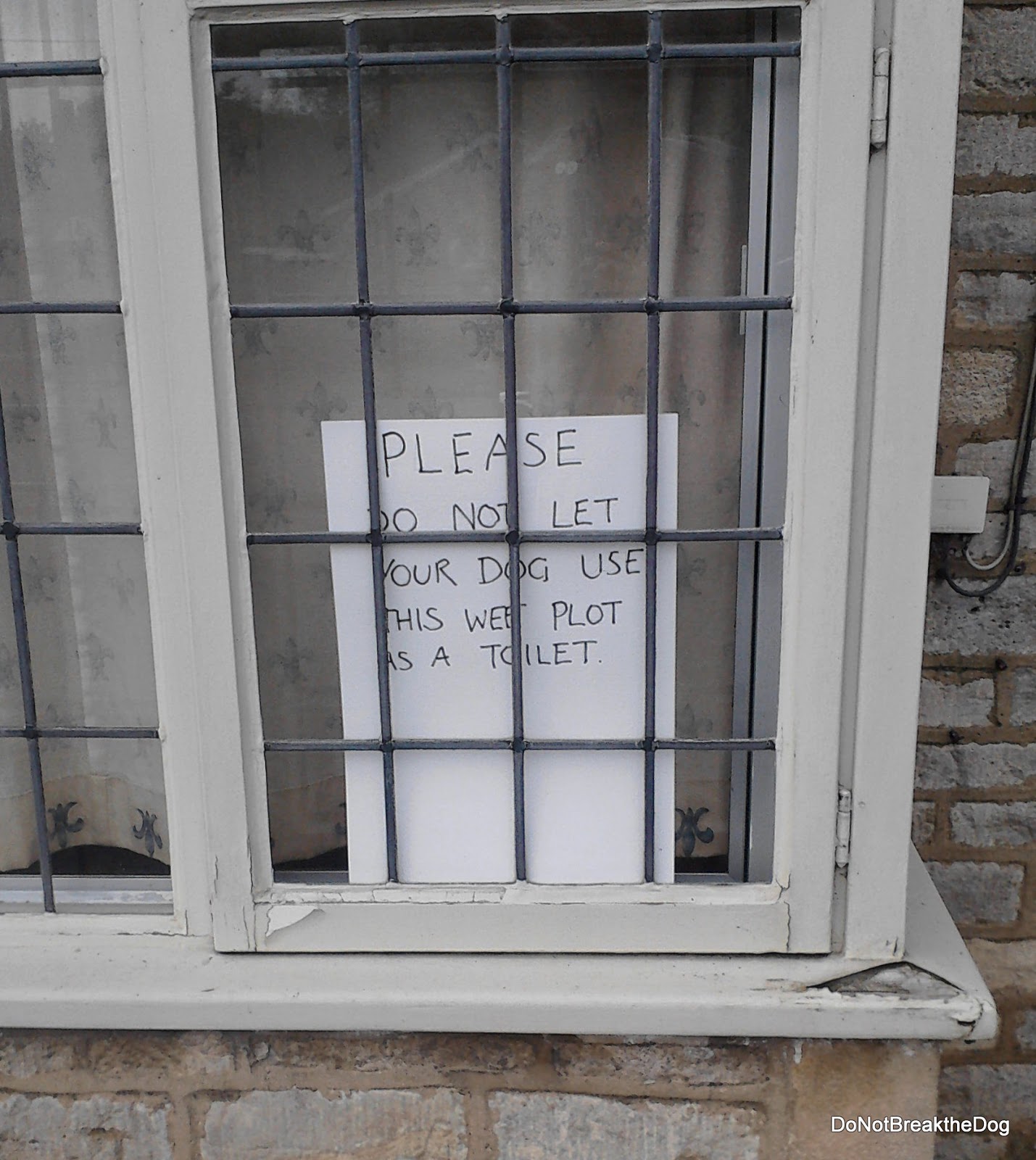 Now I would immediately question the wisdom of using 'wee' as an adjective here.  'Wee' is not commonly used in these parts to describe something as small.  It is more usually employed to describe...well, wee.

Some folk (and yes, I do mean me) may at first sight think that they had kindly designated their front garden as an Official Canine Convenience - just as long as you only let them do their No.1s.  No.2s, presumably, you can bally well bag up and take home with you...and no-one could blame them for that.

But of course they are just politely asking dog owners to refrain from allowing their dogs to abuse their carefully tended garden.  I felt for them, bless their hearts.  They have to have this big old bit of cardboard in their window just because some folk are too darn careless about their animal's bodily functions.  Do these kinds of Dog Owners deserve a Polite Notice?  I would say not.

But I believe The Authorities take a dim view of vigilante home-owners with Flame-Throwers.