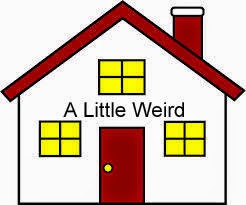 Things are a little weird in our house at the moment.  My first experience (as a parent) of GCSEs is taking its
toll.  No.1 Son has been pretty awesome and level-headed - but the pressure is starting to show.  He's tired and, no doubt, nervous about the results in August.

But that's enough about him!  What about me?!  I'm exhausted.  This parenting lark is tough.

Add to that the pressure of trying to find a part-time job that:


a) Fits in with the family/dog commitments and
b) Doesn't involve a Deranged Boss. (I haven't mentioned her before.  Ex-boss. Trust me.  De-ranged).

Add to that the pure and naked fear of applying for jobs, having been 'Just a Mum' for 16 years...

Add to that the fact that I have just had to delete the WHOLE OF SERIES 2 of 'House' (*swoon* Hugh Laurie - be still my beating heart) because it was apparently 'taking up most of the planner'.  It was.

And add to that the hideous news that the man at the shop I took No.1's iPod to, to have the broken screen repaired, doesn't know where the iPod is.

When I initially rang the shop to enquire if they did iPod repairs,  I was told by a gentleman with a Scottish accent that it would have to be sent away and would take a couple of weeks.

When I eventually got around to dropping the iPod off, I was surprised when the gentleman with a Northern accent said it would be ready by the following Wednesday.

I told him about my conversation with the gentleman with the Scottish accent and he said,


'That was Cyril.  He was just looking after the shop while I was on holiday. Cyril always gets it wrong'.

We laughed, in a half-hearted fashion (presumably because it wasn't actually funny) and I entrusted my son's iPod to the gentleman with the Northern Accent. 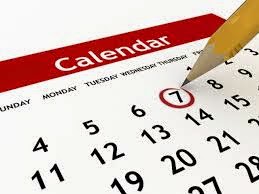 Wednesday came and went and nothing was heard and so I rang first thing this morning...

Me:  Hello, I'm ringing to see if the iPod I brought in for repair is ready yet.
(I gave him the details. You won't want to hear them.  Unless you're a bit odd.  And, you know, odd is fine - but I'm still not going to put in the details).

Northern Chap:  No, it's not back yet.

Me:  Oh.  I was expecting it to be ready yesterday, do you know why there is a delay?

Northern Chap: Well it has to be sent away...

Me:  Oh.  The chap I spoke to when I brought it in said it didn't have to be sent away, and that it would be ready yesterday.

Northern Chap:  Ah, that would have been Cyril.  Cyril always gets it wrong.

Me:  It was a Northern Chap I saw.  I think it might have been you.

Northern Chap:  No it would have been Cyril.  I've been in Florida.

Curious, I thought.  Cyril has a Scottish accent when talking on the phone, but a Northern (Yorkshire/Lancashire) accent when speaking face to face...hmmmm.  I was beginning to wonder about this mysterious Cyril.  And does he get the blame for everything?  Right back to the demise of the dinosaurs?

Me:  Oh, had Cyril been on holiday too? Because the chap I saw was telling me he'd just got back from holiday.  He also told me that the repairs were done by a guy who lives round the corner.

Northern Chap:  (Sounding unsettled ) Oh.  That was me then.  Yes, they are done by a chap round t' corner  (Sorry, I couldn't resist).  What date did you say you brought it in?

Northern Chap:  Tell you what, I'll ring him and if he hasn't done it I'll get someone to collect it.

Northern Chap:  So you can have it back.

Northern Chap:  Oh okay then.  Leave it with me.  I'll call you before 1pm.

Oh goody. Something else to worry about.

Time to cheer myself up with a picture of Hugh.  Enjoy.