APPEARANCES CAN BE DECEPTIVE ... 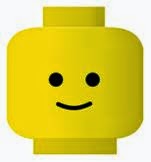 I have been 'blessed' with a fizzog which, in repose, looks like I am the most disapproving, snarky, mean person ever in the world ever.  This is most unfair because I am none of those things (except maybe a bit snarky sometimes, but then I'm usually just trying to be amusing).

Basically, I am quite a happy little soul.

This, however, is not reflected on my face.  My face says, 'I am entirely miserable and I heartily disapprove of you'.

This is not me begging for reassurance, this is me being honest after seeing way  too many photographs and videos with me looking for all the world like I despise every person I am spending time with.  Which I do not.


"If you have good thoughts they will shine out of your face like sunbeams and you will always look lovely."

Which is very sweet.  But not true.  At least not in my case. Putting the most positive spin I can on it, most of the time I look solemn.  And if I'm concentrating on something, I look downright scary.

Anyway, all this has led me to practice, on the drive to work, my 'Content and Open' face.

But apart from this, it has also made me think about the assumptions we make about people - based on their habits, their faces, their clothes, and their demeanour.

I recently discovered the tv series 'The Americans'.  It appeared on my Amazon Prime/Love Film thingy and, since it was 'included in my Prime membership' and therefore a low-risk financial-outlay-wise, I thought I'd give it a whirl.   So I've just watched Season 1. 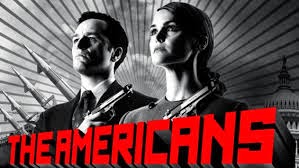 Sweet Betty it is nothing short of brilliant.

Matthew Rhys needs a cupboard full of awards for his performances - I swear I can see what he's thinking.

(In case, like me until recently, this series has bypassed you so far, it is about two KGB agents living and working in America in the 1980s.  They are involved in all this covert, dangerous and scary stuff but living, with their two kids, as a normal American family the rest of the time.  Then an FBI agent only goes and moves in practically next-door...  Oh it's epic.)

And it made me wonder just how many people lead covert lives.  And for what reason?  Some people quietly, and sometimes heroically, go about doing good without wanting recognition and fuss - but there could also be, nestled in among the terraces and leafy avenues, ordinary, nondescript people who are really highly trained and effective Secret Agents.

And what's the best way to hide the fact that you are a Secret Agent?  Well to avoid detection by me the best thing would be to wear a mac with a turned-up collar, a hat, dark glasses and an I.D. badge saying 'Spy'.  It's the ordinary types I'm suspicious of now.

Many years ago, an old neighbour of mine (who chatted to me over the garden wall) mentioned that she thought our shed concealed the entrance to an underground bunker.  I could see her scrutinise my face for a reaction.  In my interest, amusement and astonishment I naturally looked disapproving, snarky and mean.  She never mentioned it again. 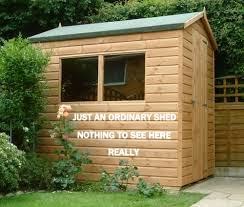 Now I'm wondering if she was perhaps trying to recruit me for some covert operational work she was masterminding.  Or did she simply feel our very ordinariness - kids, dog, shed, roast dinner on a Sunday... was a cover for our own clandestine activities?  Oooooh.

But none of this helps with the face that thinks Sunbeams but shows Thunderclouds.

Well I will plough on with my Drive Time Facial Expression Practice.  Thinking happy thoughts and hoping that eventually they will filter through onto my face.

I may also pin this up on my dashboard.