IT WAS A PECULIAR DAY, AND NO MISTAKE...

Sometimes I feel like an alien visiting from another planet.  Mostly during mealtimes with the family 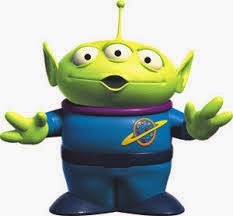 when they all talk animatedly about some television programme they've all seen but I've never heard of.  Also when I am 'out and about' as well.  (I used the inverted commas there because 'out and about' is not a phrase I usually like to use, but use it I have.  I guess I wanted to separate it in some way from my otherwise 'usual' prose.  There I go again.  What is it with all the ' 's?)

One of my side-lines (apart from being an internationally renowned blogger and sought-after panel show guest) is making wooden Christmas decorations.  I love it. I feel I am one of Santa's Little Helpers - which is either sad or sweet, depending on your viewpoint.

I had my first Christmas Sale coming up and, being an organised type, went off to my Local Bank to withdraw money for my float (as in change to give to people, not a flat-bed lorry decorated for a carnival procession, and definitely not a coca-cola with a lump of ice-cream dobbed in it - who thought that was a good idea?!)

Now you'd think that a Bank would be a good place to go to withdraw money.  Well I was in for a surprise.  From the outside the building looked much the same as it has for the last several years. Once I stepped inside, however, it was as if I'd travelled in time (wibbly lines, wibbly lines).
Instead of a long counter with real Human People behind ready to assist, there were banks of computer screens and walls with holes in labelled 'cheques' and 'card' and other stuff I can't remember.
I was agog.
There were two Human Bank Employees available - presumably to help pick ordinary folk like me off the floor - and one of them did, indeed, present herself to me in a 'happy to help' kind of way.

"Where is everybody?" I asked, still wide-eyed at the whole Futureness of it all.
"All computerised now", was the Human's reply, immediately conjuring in my mind visions of people trapped, Dalek-like, into machines with wires and circuit-boards attached to them.
"Oh," said I.  "How do I get money out?  I need coins rather than notes."
"Oh," said she.  "Well you'll have to order it."

Where, when you are already in a bank, do you order money from, pray tell? 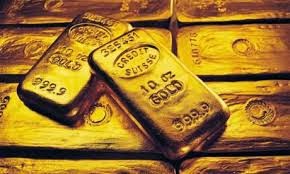 Well you wouldn't want money to be available in all banks would you?  That would give quite the wrong impression.

In the end I had to queue at the one tiny bit of counter remaining, with one Human Bank Employee who deals with "Business and Foreign Currency".  I felt a bit of a ninny asking her for £50 in small change.  She gave me a dubious look and said she'd see what she could do.  The transaction had all the hallmarks of rummaging under the sofa cushions to find enough change to buy a packet of Spangles on your way to school.


As if that experience wasn't surreal enough, on leaving the Bank, Mr W and I were bimbling through town together when I noticed (in the way that you do) an Elderly Lady had parked on some double-yellow lines.  'Oh dear,' I thought, 'perhaps she doesn't realise those are double-yellows'.

Then I said, "Oh dear, OH DEAR!" as the Elderly Lady proceeded to move her car forward and into a parked bicycle.

Mr W (a tad more practical than me) leapt forward to alert the Elderly Lady and she stopped, nodded, waved sweetly at him .. and continued to drive forwards onto the bike.

Again Mr W tried to stop her becoming a one-woman bike-buster.  Again, she stopped, nodded and waved, and continued to drive forwards.
In the end, we moved the bike onto the pavement where, hopefully, it would remain undamaged.
With luck the Elderly Lady got home without any further mishap.

Goodness knows what the bike-owner thought when they returned to find their bike in a different location to where they left it. 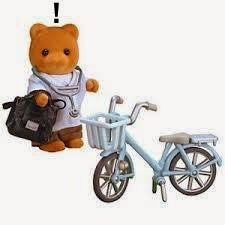 Me?  I was glad to get home to the normality of my dog collecting up socks, my daughter who is almost permanently upside down in a hand-stand, and my sons whose conversation is a total mystery to me.
Much better.
Posted by Do Not Break The Dog at 10:35