BUILDING WORK ... I REALLY CAN'T WAIT FOR IT TO FINISH... 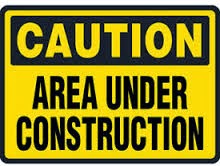 It seems I live on a building site - and have done for the past many months - and I am a bit tired of it now *melancholy sigh*.

Nobody likes living among building work (I imagine?) but at least when it's your own you get the lovely outcome at the end of it all.  The extra bedroom, the sunny garden room, the utility room with extra loo...

But we have been surrounded on 3 sides (does that count as 'surrounded'?) by other people's building work and all we have to show for it are frayed nerves, a growing pile of other people's cigarette butts, and a missing garden waste bin.  (Where this went is anybody's guess - it's bloody huge and it's clean disappeared!)

Two houses either side of us have had looooooads of work done - and across the road they are building a flippin' village.  (It is called 'The Old Dairy' which conjures bucolic scenes of rustic milk churns, dairy maids in cotton mop-caps and the odd freesian strolling by.  In reality the Old Dairy was a manky old concrete warehouse where they stored cartons of milk waiting for delivery.  This amuses me).

Being almost entirely awesome (and/or soft), when Mr W and I had some building work done we gave our neighbours wine, chocolates and a Garden Centre Voucher at the end of it.  It seemed like the decent thing to do - they had put up with weeks of noise and dust and extra vehicles outside...

Naturally with the development of umpteen new houses you have to expect that there will be some upheaval. Our front door is approximately 3 feet from the road and, for a while last year, we'd step out of our door straight into a Great Wall of Contractors' Vans. Big vans, middle-sized vans and all other sized vans - parked nose to tail.  Not the nicest view and somewhat dangerous when it comes to crossing the road.

But we make allowances.  Even when, every lunchtime, they sit in their vans with the engines running - causing your house to vibrate with a drone that MAKES YOU THINK YOU ARE ACTUALLY GOING MAD.


However, when it reaches the point that you have to park your car a five-minute walk from your house it can try even the most patient soul.

So I rang the building contractors. 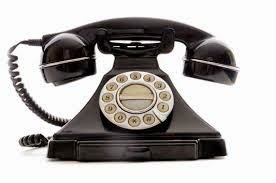 I was calm. I was rational. And I asked politely if there was any way some of these vehicles could park on site.

'Good Golly!' cried the charming chap on the other end of the phone, 'They should all be parked on site!  I will get onto the Site Foreman immediately'.

And for a while it was lovely.  We could park; daylight streamed in through our windows and we could cross the road with just the usual amount of mild peril. 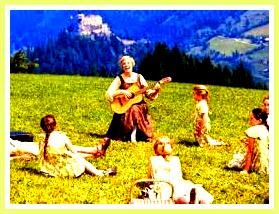 But last week it all changed.  And the change was heralded by a 5am delivery of a ruddy great earth mover.

Right outside our bedroom window.

Thirty Full Minutes it took to unload the beast.  Thirty minutes of clanging, banging and general racket.  No more sleep for us that morning then. Splendid. 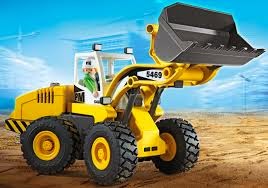 It was swiftly followed by (I am sure) every single workman in the Northern Hemisphere arriving - in a van - and taking up every single parking space within eyeshot.

I admit, the unwanted early wake-up call may have made me a leetle more tetchy than I might otherwise have been - but still I managed to produce a pleasant sounding, fair minded email asking the Building Contractors to get at least some of these vans parked on site again.
I was calm and I was rational.

And I'm glad I took the trouble to write, and to be pleasant.  They didn't actually reply to my email - but their response was adorable...


...When I left my house the following morning, outside our door to greet me was the highest volume of contractors' vans I have ever seen ever in my life ever.


Literally as far as the eye could see.

They even went to the trouble to park illegally to squeeze more vans in.
Now that is attention to detail.


At least it made me chuckle.