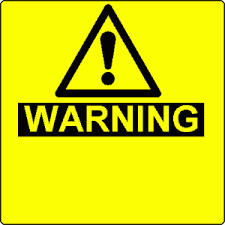 I try, I really do.  Appearances would suggest otherwise, but actually I really do try to :

I think I should embrace my Klutziness.  It appeared when I was very small and is showing no signs of abating.

Last year I returned to work after 16 years (!) spent bringing up my delightful citizens-of-the-future, Kinder Nos.1-3.
I was very nervous and blah blah blah, but now - after a long period of service (8 1/2 months) - I liked to think I was perhaps making a bit of a name for myself.  Heaven knows I am only going in for 7 1/2 hours a week, spread over three days, to do the filing...but I like to do it with a sense of professionalism and pride.  I file properly.

And Filing is a job not without its hazards.  Papercuts, people.  Surely no-one would deny the sting-y pain of a papercut?  At the the end of my first week I came home with plasters on every finger.  Two on some.  I needed a cup of tea and some paracetamol.  (Also it wrecks your nails.  But that's more of an aesthetic thing rather than medical :-) )


But I toughened up, and now the papercuts are fewer and farther between.  Now it seems I've found a whole other way to make my mark.

It's a Professional Office.  These people have letters after their names.  They deal with important clients and they behave and dress accordingly.  And then there's me.

Last week, I was busily putting bits of paper where they should go - entirely oblivious to what was happening on my shirt.  Which was a large, blood-red, stain. Slap bang in the middle.
I looked like I'd been run through with a broadsword.

Of course I did it right at the beginning of my shift, and so had to spend the next 2 1/2 hours looking like an extra from a Sam Peckinpah film.

The pen tidy was washed out and the leaky pen duly disposed of.

Then yesterday (Wednesday), I took a break from the filing shelves to ask my supervisor a question.  It was quite a long question as I recall and she looked at me and said, "Why have you got blue ink on your cheek?"
Thinking it was just a streak of biro, I rubbed at my cheek, but it was not so.  It was a chunking great splot of actual blue ink - which I had now rubbed all over the side of my face.  I managed to wash most of it off, but was left with an unholy pallor on one half of my face.

This morning, as I retrieved my File Place Marker Ruler from the pen tidy I was careful to check the end.  And I was jolly glad I did!  There was a big old sticky patch of blue ink - just waiting to spread itself on my clothing or my person, or both.  A ha! I thought.  Foiled you!  Indeed, I cried out loud, 'A ha!  I'm not getting caught like that again, thank you very much!  I have spent too many days covered in ink!' and took the ruler off for a wash in the kitchen sink and cleaned out the pen tidy with some paper towels.

Then I gathered up the accoutrements of my filing day - the clean ruler in one hand, and a rubber thimble thingy for the thumbing through of paperwork on my right index finger.
It was then that a co-worker stopped to talk to me and I guess I must have been fiddling as she spoke because soon I was aware of a warm feeling in my right ear.  I looked down at my hand and saw that it was covered in blue ink.


Now I can accept that it was unfortunate that two pens leaked into a pen tidy containing my ruler on two separate occasions.
But my question is this.  How did a rubber thimble thingy, that was in an entirely separate part of the pen tidy, become filled - and I do mean filled - with blue ink?


I put it to you that I was the victim of Sabotage with Malice Aforethought.


* I am bound to point out (after a lengthy exchange with a friend) that my index finger is not abnormally short, nor my middle finger extraordinarily long.  It is just the angle I am holding my fingers at for the photo.  My hands, when not over-dry or covered in ink, are quite ordinary, bordering on the 'artistic'.  Just so you know.