EUROVISION SONG CONTEST. No, You're a Vision Song Contest! (Why did I do that?)

The Eurovision Song Contest...why do I love it so?  I literally have no idea since I rarely see much of it.  When I was a tiddler and capable of staying awake until the end I wasn't allowed to - and now I am old enough...I'm asleep by 9.15pm.

Can't say I'm overkeen on the UK entry this year.  It's approaching 'good', I think, but somehow managed to swerve to avoid it.  But hey!  I can't write songs, so I should just say 'thank you very much for our entry this year' and stop being such a grumpling.  Besides, not liking the song is no bar to supporting one's own dear country.  Indeed, I will also be supporting any Scandinavian countries - and I haven't heard so much of a note of any of their songs.

Part of The ESC's appeal for me is the excuse for Snacks.

This year I have promised No.3 (my charming 12 year old dottir) that she can stay up and watch it all, lucky girl.  I may have also mentioned 'Themed Snacks'. 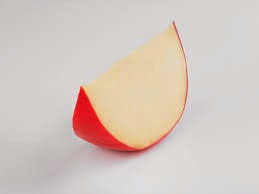 Our discussion at the time went along the lines of snacks appropriate for each country - Edam for the Netherlands, Sausage for Germany, Pizza for Italy, etc etc.  We may even have mentioned making flags.
Making flags, can you imagine?  What is wrong with me?  It's only Wednesday now and already I'm knackered.  I don't want to be faffing around at the weekend with felt pens, paper and cocktail sticks making bloody flags. 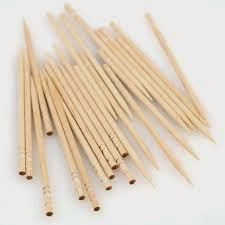 The snacks, on the other hand, will happen.  Oh yes.  It's just that now the 'theme' will be Snacks Mum Likes and Which Need No Effort.


So, bring on the Tunnock's Teacakes, 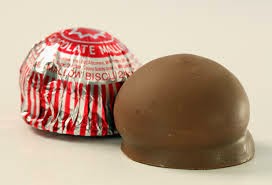 (that's the potato snack made out of thin crispy sticks of potato - not to be confused with the puffy, maize-based nastiness that styles itself 'chipstick'.  No. Errr. Yukky).