MAKING A SPECTACLE OF MYSELF... 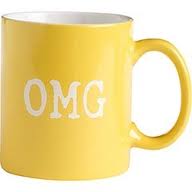 Something terrible happened.  Today I stole some Reading Glasses.
O.M.G (as teenagers and other cool types are wont to type).

But it was an accident, Your Honour, honestly!

I was standing in the (long) queue at the Pharmacists, expecting to collect a prescription, idly trying on the reading glasses when I realised,

I could read the leaflet on the stand WITHOUT frantic arm-tromboning  or craning my neck backwards while squinting angrily.

By the Lens of St. Lucie - the words were clear and comfortable to read!

But perhaps it was just a fluke?
Maybe...
My eyes could just be tired?
All the time...?
Surely I don't actually need them...?

My internal question session was interrupted when, finally, it was my turn to speak to the Pharmacist.  Unfortunately, the prescription was not there so she directed me to the doctors' surgery (next door) to collect the prescription from them.

So off I trotted.  And joined yet another queue.
As I waited I glanced casually down at my hands and the reading glasses.

I spun around, checking to see if anyone was chasing after me with a burly policeman and his slavering dog in tow; half expecting to see a Lab be-coated professional point an accusing finger and declare,

'There she is, Officer.  Arrest that woman!' 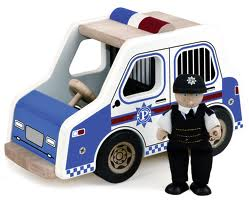 To my great relief the coast was clear.  But there was no time to tarry - every moment's delay could compound my guilt.  So, with a hop and a turn, I did that embarrassing 'lady-run' where you would probably cover greater distance in less time if you just walked.

Bursting into the Pharmacy I declared - possibly a little too loudly -

'I just stole some Reading Glasses!'
Probably should have thought that one through.
Think I may have come off as either bragging about my exploits or mentally unstable.  Or both.

But hey ho, I'd said it, so now I had to try and effect some damage limitation.  I flashed my Winning Smile hoping to communicate that I was just a silly old forgetful dunderhead.

Not sure that worked.
I had been expecting perhaps a ripple of laughter and maybe an, 'Oh my, we've all done that before, haven't we?  Thank you soooo much for coming back, madam.'

Instead, the looks on their faces very much suggested they were going to summon the Rozzers and I'd be spending the rest of the day with two interrogators and a tape recorder for company. 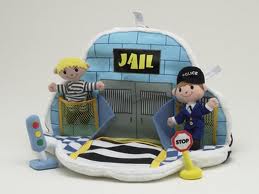 'Do you deny, Madam, that you did enter the premises and shout, "I just stole some Reading Glasses"?'

That was going to be hard to wriggle out of.  Especially as my Winning Smile seemed to be malfunctioning.

But it seems the Pharmacy staff may just have been bemused by my ludicrous outburst.
And since I went straight to the till to pay for the glasses, I guess they let me off.

When I got home I recounted the tale to Best Beloved, who seemed unperturbed by my almost brush with the Law.

'But how terrible!' I wailed, a note of hysteria very much taking up residence in my voice.

'I think you're over-reacting a bit,' he soothed.  'The police weren't actually called, the shop knew you didn't really steal them...'