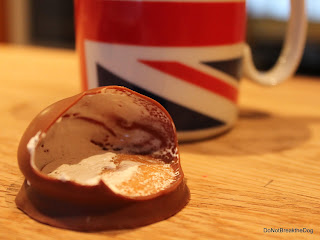 On the subject of 'If This is Wrong - I Don't Want to be Right', I offer my method of
Eating A 'Tunnock's Tea Cake'.

After the careful removal of a section of the chocolate shell, use a Gentle Hooking Action with the finger of your choice (preferably one of your own) to remove (and eat) all of the sticky sweet innards.

Cup of tea in Union Jack mug is entirely optional.  Although it does, in my opinion, enhance the whole experience.

But - hold the phone - what is this?!  Has the entire universe shifted on its axis?


A closer inspection of the foil wrapper (hastily discarded as component parts of tea cake were shoved towards mouth) has revealed that this is not a 'Tunnock's Tea Cake' after all. . . It is, in fact, a 'Tunnock's Milk Chocolate Mallow'.

Is this Political Correctness Gone Mad?  Were Mr and Mrs Tunnock forced to rename their choco-mallow-bicky off-spring because it was actually neither Tea nor Cake?

I feel so much better.

I should celebrate!  But how?
With luck there will be one more foil enrobed mound of gorgeousness left in my fridge...

Ah, there is.
And order was restored. 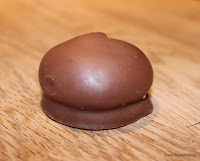 NB:  The Jammy ones are also good.  The Mallow is slightly more robust as a rule (some might say 'bouncy') which lends itself to a somewhat chewier experience and renders the previously described Gentle Hooking Action redundant. 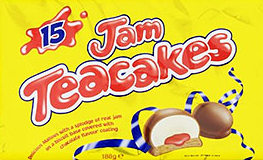