DOG DAY AFTERNOON (must look up what that means...) 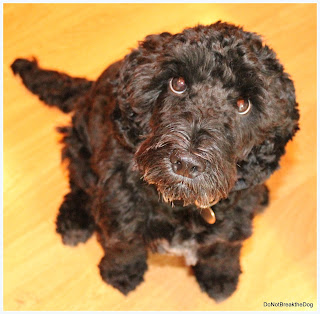 A post about the Dog after whom this Blog is named.
I know.  Wild.

The casual passer-by might well wonder why the blazes this blog is called 'Do Not Break the Dog' -  since it doesn't seem to be about dogs at all, apart from my shamefully neglected 'The Dog' page.

Well today all that changes.
For one day, at least.

Just a brief bit of background to get you up to speed:

Our dog, Witch,  was diagnosed with IMPA (Immune-Mediated Poly-Arthritis) when she was just about 1 year old.  She has been having treatment ever since - LOADS of drugs - and is so far not responding as well as we all might have hoped.  She is a lot better than she was, thankfully, but she certainly doesn't move in the way you'd expect for a dog of her age, and she tends to react badly when her drug dosage is decreased.
Her condition, and the treatment for it, have led to muscle wastage - and exercise can cause her pain and discomfort.

I was looking around for a new Dog Groomer (one who would understand Witch's condition) and happened upon this place - which had a crazy name and looked kind of funky.
And not only that, it was also attached to a Hydrotherapy for Dogs centre.

Surely, methought, these people will take great care over my wobbly doggly.

And, as it turns out, I was right.  Which is nice.

I rang and spoke to Margaret The Canine Beautician  -  who was very lovely and entirely sympathetic to the fact that Witch can be in a bit of pain and can't always stand up for prolonged periods.
So we duly trotted off for Witch's appointment.  The result of which was a Great Cut, a Happy Dog, and a Relieved Owner.

While I was there to collect her, I got talking to one of the vets who was telling me about another dog who was having hydrotherapy treatment for arthritis, and how he was now off the drugs and doing really well.


Naturally, a frisson of excitement fluttered through my heart. 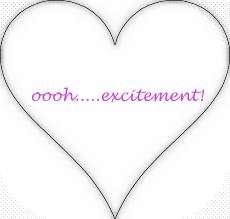 "But," she said, "His is not ordinary arthritis - it is Immune-mediated Poly-arthritis."

"But that's what Witchy has!"  I cried.  (I could probably have just said it but, like I said, the whole frisson/excitement thing...)


And so it came to pass that I was handed a Vet's Referral Form, our Vets Referred us, and on Wednesday Witch and I went for our first session with Charlotte The Canine Hydrotherapist.


I couldn't believe how much fun it was.


Charlotte strapped Witch into a harness with a built-in bouyancy aid and in they both went.

The Dog wasn't entirely convinced to start with - she hasn't been out of her depth in water since she was tiny - but after a brief interlude, where she gave me her best 'What the hell have you got me into' look, she was swimming around like a hairy Esther Williams.

Charlotte encouraged her to swim off on her own by throwing a furry pheasant toy across the pool.  Witch fixed her with a withering gaze and stuck resolutely to the spot.
We've tried to teach her to fetch - but I rather fancy she feels that if we threw it, we really ought to be the ones to go pick it up.
I swear she's part cat.

So...swimming around in a hydrotherapy pool is pain-free exercise for my poorly pooch.
And 5 minutes in the pool is the equivalent to a 30 minute walk.
Bless her little heart, Witch was panting like a good 'un when her 5 minutes was up.

As if a private pool session wasn't luxury enough, when she got out she was treated to an Aloe Vera Shampoo and a Blow-Dry.
Not over-keen on the industrial blow-drier, Mme. Witch was popped into what looked like a kitchen cupboard circa 1956, but was in fact an oven a fur-drying unit.
Happy as Larry she was, for the 10 minutes it took to dry her off.

It struck me, before the session when the Hydrotherapist was getting some background info on Witch, how quickly abnormal can become normal.
Among other questions, she asked, 'how long are her walks'.
I was quite proud to say 20-25 minutes, but I could tell by her face that this wasn't 'normal'.  Because Witch has been poorly for 16 of the 22 months we've had her, I had clean forgotten that we used to take her for long and lovely walks - sometimes out for a couple of hours.

But - today I am not going to dwell on the glummer side of things, I am going to look forward with optimism.
Looking forward to Witch's muscles building up, and to her feeling much stronger and fitter.
To the possibility of taking her on one of our favourite walks again and, of course, to her being in less pain and discomfort.

And in the meantime, I am thanking our lucky stars a thousand times over that we have such an incredible facility so close to where we live.


(And that we have Pet Insurance!)