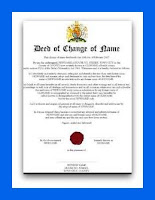 As I mentioned in a earlier post, I have been casting around for a new name for The Husband.  Although Best Beloved worked for a while (a very short while) it wasn't long before it started grating on me.
Don't get me wrong - he is The Best, and he is also Beloved.  It's just that the name has been used elsewhere and so . . . well, I wanted a fresh and original name for him.
(Turns out BB grated on him too.  But he never said!  Aaaah, sweeeet.)

So. . . I would like to announce that The Husband Previously Known as 'BB' or 'Best Beloved' will now be referred to as . . .

I know.
Fresh and  Original.