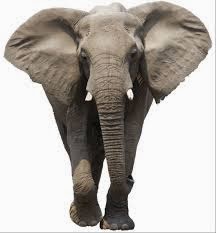 Hello to you and a Happy (if belated) New Year!

And what will this New Year bring, I wonder?  Who knows.  So far in our area we've had torrential rain, resulting in swollen rivers and muddy dog-walks - and, on a more personal note, I've just done 2 hours of ironing.  Who knows what else is in store?  Not me, that's for sure-as-susan.
To wantonly misquote the lyrics from 'Road to Nowhere' - "We don't know where we're going, but we do know where we've been".  It's just we can't always remember the details.

I'm darn sure I'm not the only one who looks at their kids (mine are now 15,12 and 10) and wonders where the Sam Heck did all those years go?  And I find I tell them the same old stories about When They Were Younger - because there is so much I have simply forgotten.  Unexpected prompts sometimes awaken a dormant memory, but there is only so much room (Scientific Fact) in the Human Head to store those lovely, precious moments.  Like when No.1 Son got his foot stuck in the potty and all I did was go get the camera. Or when No.2, aged 18 months, attempted to WALK INTO A SWIMMING POOL to 'save' his older brother who was having fun splashing about. Or when No.3, aged 4, told her entire class (plus parents and teaching staff) at her Faith School  that her Daddy didn't like the priest.  Mmmmmm.

How to preserve these, and other, Magnificent Memories?

I hold my hands up, I am the Queen of Should-Do.  Oh the ideas I have and the plans I make...I'm quite marvellous.  Actually doing stuff takes a little longer.  If it happens at all. However, I am here to share with you an idea that I had years ago and really, really, really wish I'd acted upon but of course didn't.  At least not until last year - so I'm chalking that up as a success of sorts.  Smiley Icons all round, I say.

So here it is - brace yourselves.

A BOOK OF YEARS

I rather like that title - 'Book of Years'.   I can imagine it's something Harry Potter might discover and unleash ancient magic with and ... 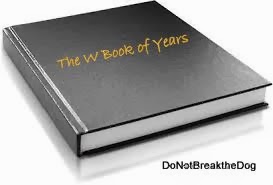 So, yes A "W. Family Book Of Years" was started at the end of 2012.
I think I may have mentioned I wish I'd started it before, but I didn't so we really all need to just move on.

On New Year's Day, after a delightfully large dinner entirely reminiscent of the one we'd eaten only 7 days earlier, we all sit at the table and talk about our Stand Out Memories of the previous year.

This year was, of course, the second time we'd done it. So we started the proceedings with me reading out the previous year's entries.
(These were still in my scrawly note-taking handwriting, and quite hard to read in places.  I had promised that the book we used was only temporary until a more auspicious looking vessel was found.  Then I would copy everything over in my bestest handwriting ... But that was just another one of my Should-Dos that became a Haven't-Got-Round-To-Yet).
And do you know what?  We'd already forgotten loads of it.  From the previous year!  Bonkers.

Anyway, my point is this - I urge you, yes uuuuuuurge you, to get yourselves a Family Book of Years.  It's not too late, and never too early.  You don't need to write earth-shattering stuff - just what's important to you and yours at the time.  It would be fascinating, don't you think, to look back after 5 or 10 years to see just how obsessed you were with your Scented Rubber Collection?  And in years to come, your entries could reveal the start of something bigger - like Little Emily, who bandaged her teddies arms aged 4, and became a bondage fetishist doctor in her twenties.

You get the idea.  I'm sure it's not for everyone, but I know there are plenty of folk out there who do like to make records.  Bloggers being one group who immediately spring to mind...

So, get yourselves a funky blank book - decorate it up Kirstie Allsopp style if that's your bag - and write down those memories before you forget.  Add photos, do some sketches in there, anything you want - they're your memories.

But, if you'll take my advice - try to write legibly.