WATER DAY FOR A FIGHT...

Gosh but it's been hot.  Sooo very, very hot. I am talking weather-wise here, in case some of my more sensitive readers were starting to shift uncomfortably in their seats.

It has also been the last week of term, and in the case of No.3, my youngest, my baby girl - it has been the last ever week at primary school.  Yep, she's off to BIG SCHOOL in September.

We've just done the Leavers' Assembly, which was lovely and personal and very, very emotional - and last week we gave them a Leavers' Party; where they had water pistol fights, a water slide, pizzas and ice-cream.
We raised money to provide everything for the party, but everyone had to supply their own weapon.  So naturally we got our girl the biggest, baddest beast we could find...

We only got her that one because we couldn't get her this one... 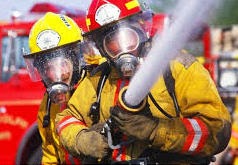 So we now have a rather large water pistol in the house - often dripping on the floor, but I am sufficiently 'laid back' (slack and lazy) to not worry about it too much.

A couple of days ago, on a particularly scorching day, I was busy washing-up in the kitchen and could hear the neighbour's children playing in their garden.
You know how you are kind of aware of stuff, but not really taking much notice of what's going on?
I heard them asking if they could fill their water pistols up, and I heard their father replying that they could, but they must promise only to fire at some targets - NOT at each other because they had their nice clothes on and were going out in a minute. 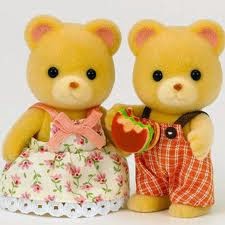 I carried on with the washing-up.

Then I was kind of aware of Mr W leaving the house to get something from the shed at the end of our garden.
Of him cheerily calling 'hello' to the neighbour's kiddies as he casually walked back past them into the house. Of him grabbing No.3's water blaster from the floor.
And of him running back up and down the length of our garden  -  laughing like a maniac and firing with abandon until the gun's entire reservoir was emptied.
Totally drenching the neighbour's kids. 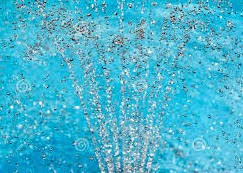 They, of course, thought it was hilarious.

In my defence, it all happened so fast there was nothing I could have done to stop it.